What’s so special about the following four (4) elements:

Do you have the answer?

Those are the four (4) basic building blocks for all carbon-based life on Earth.

Humans, mammals, fish, reptiles, insects and anything that breathes needs all four (4) of those to exist.

And carbon dioxyde is especially important as it’s the stuff plants breathe to grow (and exist). Once they’ve breathed carbon dioxyde, plants exhale oxygen which we, carbon-based living lifeforms breathe to then exhale the carbon dioxyde that’s essential to all plants on this Earth — it’s a perfect symbiosis.

So why am I bringing these elements up, today?

Because some idiots that work in politics, in morally challenged companies and even in self-proclaimed environmental groups want to —tax— carbon dioxyde!

Moronic individuals (with way too much power) want to -tax- the air that ALL carbon-based lifeforms on Earth breathe — the same carbon dioxyde all plants need (so badly) to exist — these profoundly deranged individuals are working hard, lobbying and playing dirty tricks behind the scenes to tax one of the four basic elements that serves as the basis of all life on this planet.

You’d be writing a science fiction story and such a scenario would seem far fetched but a complete sellout to globalists like the Canadian Liberal leader, Stephane Dion, is at the forefront of a “carbon tax” proposal. He’s fighting tooth and nails to convince Canadians (and the world) that his tax will improve life, on Earth. He’s completely wrong on all fronts but don’t tell him that, he’ll label you as a polluter!

This is the kind of twisted logic people like Stephane Dion try to impose on others.

Around the world, people like Stephane Dion are saying that all flavors of carbon taxes are good but they’re actually attempting to impose a completely unacceptable (and unthinkable) tax on the air every carbon-based lifeform exhales!

Being so stupid doesn’t seem to stop these jokers because they talk like their idea makes sense — even though the idea, the context behind the idea and the outcomes of the idea all lead to a global catastrophe.

What Stephane Dion and their like will never tell you is that the real source of pollution comes from (largely man made or man handled) toxic chemicals like benzene, xylene, fluoride or chlorofluorocarbons (CFCs) that deplete the ozone layer (for real).

No, these clowns will never tell you the “real truth”.

They don’t respect you.

They see you as a herd of sheep with no intelligence, no common sense reasonning and above all, with no voice to counter their nonsense.

Well, thanks to the internet, we do have a voice.

And we do have our fact straight and apply rigourous common sense to our actions.

Furthermore, we’ll never turn into the sheep they want us to be and leave out intelligence at the door.

Stephane Dion and other carbon tax-pushing morons of all origins need to understand that all the free people who inhabit this wonderful planet will -NEVER- for their tax to be implemented, in full or in part, because it would be the single most backward step ever taken by humanity.

The effects of such a tax, milking boatloads of money on the back of life itself, would be nothing short of catastrophic. Life cannot occur without carbon dioxyde so taxing —in any way— would go against the basis laws that govern our universe.

For even bringing the idea of a carbon tax to Canada, Stephane Dion deserves to be destituted from his political position and tried by the people for his intent to commit one of the most horrible crimes against, more than just humanity, but life itself. This is very serious.

How would you feel if a politician taxed water, sunlight or oxygen?

Such a politician would probably be hanged high, in a town square, for attempting to destroy the very DNA of all known life.

He’s trying to demonize CO2 — of all things!

No Canadian (or world citizen) can accept that.

Stand up and defend your inalienable right to exhale (and breathe… and exist)!

Don’t let ill intended people or groups convince you of the usefulness of insulting Mother Nature in such a preposterous way.

Defend yourself, defend life, defend nature and please, above all, defend common sense. 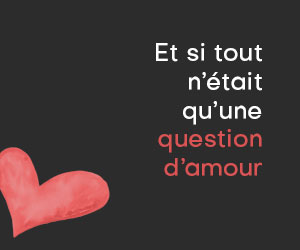